A WWII-era B-17 Bomber crashed at Bradley International Airport 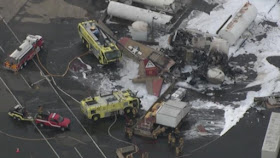 
On October 2, 2019, a World War II-era B-17 "Flying Fortress" bomber crashed at Bradley International Airport's de-icing facility while trying to land. A total of 7 people out of 13 are feared to be dead. The airport, about 20 km north of Hartford, Connecticut's capital, is hosting a show of vintage World War II craft this week.

According to Federal Aviation Administration (FAA) statement,  the vintage-era plane crashed at the end of a runway while attempting to land at Bradley International Airport in Windsor Locks at 10 a.m. local time (1400 GMT). The plane was owned by Collings Foundation, a private non-profit educational foundation located in Stow, Massachusetts. It was a civilian registered aircraft, not flown by the military.

According to Commissioner of the Department of Emergency Services and Public Protection (Connecticut State) James Rovella, there were 13 people on board the plane, namely two pilots, one attendant, and 10 passengers. One person on the ground was injured when the plane slid off the runway and slammed into a building. 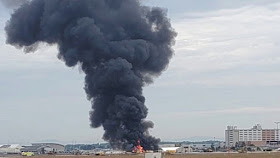