Chief of Defence Staff — Challenges Ahead

The Independence day announcement by the Prime Minister Narendra Modi on the creation of the post of Chief of Defence Staff (CDS) would be received with mixed feelings, especially by old fogies like me. Enough banter has gone on amongst the services about the wisdom of such a post, Indian Air Force (IAF) having been the main opponent, for reasons of concerns about the marginalization of airpower capability whilst being put “under command” by a non-expert another service boss. But now that we appear to be in a fait accompli situation here, the committee apparently being tasked to operationalize the proposal needs to look at the requirements sensibly to put in place an optimally functioning architecture for the new organization.

Several important aspects come to mind. The overbearing one I feel is the need to evolve our own type of organization, something that gels with our strategic and geopolitical milieu, without blindly copying existing formats in other nations, specifically such as, the US, Israel, China, UK or even Pakistan. The delay in bringing in a CDS for single-point military advice to the government, despite the Kargil Committee recommendation for it, was mainly on account of ingrained insecurity in the minds of the politician and the bureaucrat regarding an all-powerful CDS. This feeling is unlikely to go away soon and would dictate the inter se status of the CDS …whether he would be a “first among equals” four-star or a five-star entity with Field Marshal, Admiral of the Fleet or Marshal of the Air Force rank. Knowing the prevailing mindset in the establishment it is my take that the earlier option is likely to be exercised. So we could see a four-star CDS with seniority above the service chiefs. His ambit of responsibility would include nuclear aspects,  manning, procurement, doctrine and training, and perhaps international cooperation. The operational tasks of orchestrating the war effort of each service would devolve with the service chiefs themselves.

One of the arguments against bringing in a CDS post haste was the fact that turf battles were rife amongst the three services and that we were not yet “mature” enough to prosecute an integrated “maroon” warfighting philosophy. But perhaps after the last seventeen odd years of having had a Chief of Integrated Defence Staff in place, maybe some learning would have accrued in this context. Assuming that the three services would quickly enough learn the ropes of jointry in a CDS format, the real issue would be to integrate the Ministry of Defence (MoD) and Defence Research and Development Organisation (DRDO) into the edifice. There are going to be lots of challenges in reporting chain, career profiles, etc especially for civilian officers placed under the CDS. The Indian Administrative Service (IAS) lobby has already voiced concern about civilian cadres being brought under the CDS. The status of the Defence Secretary apropos the CDS is something that needs careful engineering. Both would of course report to the Raksha Mantri, but a five star CDS would tend to be higher in the warrant of precedence. How the government handles this remains to be seen. More so an option for the “first among equals” route!

Another vital requirement is to plan for officers and other ranks from the three services to undergo meaningful regular “maroon” assignments up to their career advancement. These tenures would have to be made mandatory for career progression. Army’s experiment with line and staff appointments would need to be dovetailed into joint assignments.

Concepts such as Theatre Command should not be tinkered with now. India’s strategic and historic international postures do not lend themselves to theaterisation. Perhaps the idea could be revisited after a decade of the CDS being in place. All three services have inherently varying concepts, horizons, and operational doctrines and to integrate them under a CDS would not be easy. Hence, the importance of valid operational doctrines and the willingness amongst all ranks to adapt to the new operational culture. 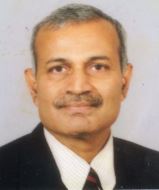 Group Captain (Retd.) Murli Menon served in Indian Air Force for 32 years, transiting its tactical, operational, strategic and conceptual appointment spectra with credit. He was India’s Air Advisor to Indian High Commission at Islamabad, Pakistan (2000-2004). In his second avatar, he served for 8 years with India’s Cabinet Secretariat, including a stint as Consular at Ankara, Turkey from 2008-2011.

He was one of the pioneers in the IAF’s Doctrine Think Tank – “Air War Strategy Cell” that produced India’s first Air Power Doctrine, the IAP 2000 in 1995. His interests include strategic studies and post-retirement, he contributes to various think-tanks based out of New Delhi, India.

Disclaimer: The views and opinions expressed in this article are those of the author and do not necessarily reflect the views of IndraStra Global.