The End of the Multi-vector World and the Creation of New Dividing Lines: Implications for Armenia

The expert community dealing with international relations and security studies is involved in active debates regarding the current phase and future developments of the international security architecture. The prevailing topic is the end of United States (US) unipolar hegemony and establishment of more multi-polar, but an unstable and more complicated world with less respect towards the international laws and growing emphasis on coercive policy including threats and use of military force, economic sanctions and hybrid tactics.

Meanwhile, there is another growing pattern of current world affairs: steady steps being taken by the Euro-Atlantic community and especially by the US to establish new dividing lines across the globe between so-called good and bad states/right and wrong sides of history. If in the Cold War period the good international actors were the US, Western Europe, Australia, New Zealand, and others and bad one was the Soviet Union, this time we have more candidates for bad guys – the heavyweights are China, Russia plus some medium size players such as Iran, Venezuela, Syria, North Korea.

The US is quite aggressively demanding from medium and small states around the globe to make a clear choice – either you are with us or against us. The efforts pursued by some countries to develop partner relations with both China and the US, or Iran and the US are increasingly rejected by Washington. The new dividing lines are being drawn not only in geopolitics but also in geo-economics, especially in the quickly developing digital economy. The recent tough campaign against Chinese telecommunication giant Huawei with the overt goal to kick the company out from global markets is the clear example of such a policy. According to Americans, no state would be allowed to cooperate with Huawei and simultaneously have access to American digital technologies, you have to make choice, either you are cutting ties with Chinese telecommunication companies or you are effectively being blocked from US tech giants. And this particular kind of US campaign is truly global spanning small and medium-size states from the Middle East and Post-Soviet space to as remote places as French Polynesia in Pacific.

Armenia is under pressure too. Given hard geopolitical reality Armenia, since gaining independence in 1991, has cultivated a strategic alliance with Russia and friendly relations with the Islamic Republic of Iran, which along Georgia, serves as only gates towards the world due to closed borders with Armenia’s two other neighbors - Azerbaijan and Turkey. In recent years Armenia is making efforts also to promote strong relations with China and just a few weeks ago Armenia and China signed an agreement to establish a visa-free regime between two states. Given Armenia’s urgent need for foreign investments and the development of transport infrastructure furthering relations with China are of strategic importance for Armenia. Simultaneously, Armenia was and is keen to develop relations with the Euro Atlantic community. Armenia has a fruitful cooperation with NATO w.r.t Individual Partnership Action Plan (IPAP). Also, it is an EU Eastern Partnership (EaP) member state and in recent times (November 2017), it signed a Comprehensive and Enhanced Partnership Agreement with the EU.

As for Armenia–China relations, two states have a potential to cultivate also strong security cooperation given the growing Anti-China sentiments among the Muslim population of Central Asia and Turkey due to the active Western propaganda accusing China of violating the rights of Muslims living in China. China is putting many efforts to increase its imports of energy (oil and gas) from Central Asia via pipelines and through Pakistan using the China - Pakistan economic corridor. The key goal of China is to decrease its dependence on global sea lines of oil and LNG shipments mainly controlled by the US Navy. In this context, the US efforts to increase the Anti-China sentiments among the Muslim population of Central Asia and Pakistan may have a significant negative impact on China’s long term energy security strategy potentially disrupting the energy supply routes not controlled by the US. Meanwhile, Armenia is the only non-Muslim state located on vast territories stretching from the Chinese Xinjiang Autonomous region via Central Asia and Azerbaijan to Turkey. Thus, the security of Armenia and the growth of its military capabilities are in line with Chinese strategic interests.

Meanwhile, Armenia is offered the choice – to cut relations with bad guys like Iran and China, start to drift away from Russia (Armenia and Russia are strategic allies having strong bilateral military cooperation. Yerevan hosts Russian military base and is the member of Collective Security Treaty Organization and Eurasian Economic Union), or to be gradually excluded from the right side of history losing access to the Western markets and technology. As a response to the Armenian concerns of impossibility to have only one open border via Georgia in case of decreasing relations with Iran, Yerevan is simply offered to quickly normalize relations with Azerbaijan and Turkey by solving Karabakh conflict offering as a starter to withdraw Karabakh forces from parts of the security zone.

However, the drifting away from Russia, decreasing ties with Iran and withdrawing Karabakh forces from security zone will make Armenia and the Nagorno Karabakh Republic too vulnerable for continued Azerbaijani – Turkish pressure and eventually will simply put Armenia’s vital strategic interests and even existence into question. Thus, Armenia is not able to accept this offer from the US.

The strategic national interests of Armenia require making steady steps to further promote relations with China keeping the current level of Russia–Armenia strategic alliance intact. Armenia should involve Chinese investments creating joint ventures with Chinese companies which will be shareholders and have their share of revenues. China may play a vital role also in developing Armenia’s transport infrastructure and here again emphasize should be put not on getting Chinese loans but on creating joint ventures which will allow Chinese companies to get back their investments through revenues by establishing Toll Roads.

Armenia also should put more efforts to get an observer status in Shanghai Cooperation Organization (SCO), (as for now Yerevan along with Turkey, Azerbaijan, Sri Lanka, Nepal, and Cambodia is a dialogue partner). Two states should increase their defense cooperation and the launch of joint peacekeeping forces drills may be a good starter here given growing Armenia’s peacekeeping capacities. The increase of numbers of Armenian soldiers and officers being educated in Chinese military institutions should also be discussed.

China may play a key role in Armenia’s efforts to further digitalize its economy. Negotiations should start on possibilities of Chinese companies to develop a 5G network in Armenia which will be a crucial element in modernization of Armenian economy and securing the qualitative advantage over its neighbors.

Thus, Armenia cannot afford itself to choose between US and Russia or China or Iran. Vital interests of Armenia require having a strategic alliance with Russia, friendly relations with Iran and developing a strategic partnership with China. Armenia is more than willing to further promote its partner relations with the US, EU, and NATO but not at the expense of its long term strategic interests. The positive thing is that many European countries do not share the aggressive policy of the current US administration and are ready to deepen relations with Yerevan without requiring from Armenia to sacrifice its national interests. 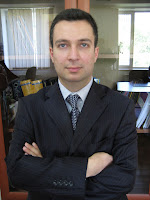 Dr. Benyamin Poghosyan is Executive Director, Political Science Association of Armenia holding this position since February 2011. He was Vice President for Research – Head of the Institute for National Strategic Studies at the National Defense Research University in Armenia in August 2016 – February 2019.  He joined Institute for National Strategic Studies (predecessor of NDRU) in March 2009 as a Research Fellow and was appointed as INSS Deputy Director for research in November 2010. Before this, he was Foreign Policy Adviser of the Speaker of the National Assembly of Armenia. Dr. Poghosyan has also served as a Senior Research Fellow at the Institute of History of the National Academy of Sciences and was an adjunct professor at Yerevan State University and in the European Regional Educational Academy.

His primary research areas are geopolitics of the South Caucasus and the Middle East, US – Russian relations and their implications for the region. He is the author of more than 70 Academic papers and OP-EDs in different leading Armenian and international journals. In 2013, Dr. Poghosyan was appointed as a Distinguished Research Fellow" at the US National Defense University - College of International Security Affairs and also, he is a graduate from the US State Department's Study of the US Institutes for Scholars 2012 Program on US National Security Policy Making. He holds a Ph.D. in History and is a graduate from the 2006 Tavitian Program on International Relations at Fletcher School of Law and Diplomacy.

DISCLAIMER: The views expressed in this insight piece are those of the author and do not necessarily reflect the official policy or position of the IndraStra Global.
IndraStra Global at Wednesday, June 12, 2019
Share
‹
›
Home
View web version